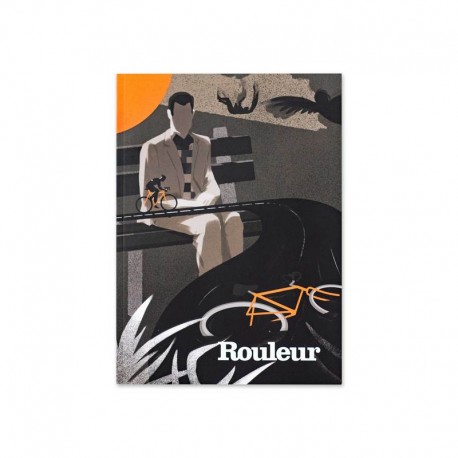 In this issue, we celebrate the free spirits and mavericks who have taken alternative paths through life and cycling.

Daniel Stewart nearly made it as a pro cyclist. He recalls his time in cycling’s ratrace, its colourful characters, beauty and bleakness. The sport’s loss is writing’s gain.

Eroica photographer Paolo Martelli shows his finest shots from the glorious gran fondo that has become a global franchise.

We interview Bernardo Ruiz, the oldest Grand Tour winner alive. Still singing, chain-smoking and fishing out vodka bottles at the age of 95, the 1948 Vuelta champ was Spain’s cycling pioneer in the Franco era of great hunger.

Bandits, record-breakers, Coppi v Bartali: there’s terrific tales from past editions of the Giro, based on this year’s route, and Joe Dombrowski takes us through the Grand Tour essentials that he packs.

Usually, cycling opens up the world to its talents. For Australia’s Brodie Chapman, it was a late part of her journey: she was a student, courier, bike shop worker and hitch-hiker before a meteoric rise to the women’s WorldTour.

Plus, we’re by the seaside for a colourful Desire section of gear and bikes, and there’s cracking columns from Ned Boulting, Romain Bardet and Orla Chennaoui.