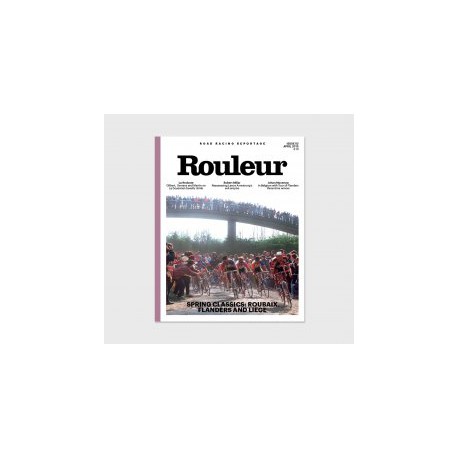 Nordiste
Paris-Roubaix is a French race, not Flandrian, lest we forget… Meet the miners of Arenberg and local riders who make it the Hell of the North.

La Redoute
The oldest of the Classics, Liège-Bastogne-Liège, has run for over 100 years. We celebrate the defining climb of the modern edition – La Redoute.

Johan Museeuw: Last of the Flandrians
Three Tours of Flanders, three Paris-Roubaix, one World Championship: Johan Museeuw won them all, and more besides.

Just Deserts?
Photos from the Tour of Dubai and the big question: what did desert races ever do for us?

The Gabba
Castelli’s rain jacket has pro riders paying their own money to get their hands on one – it’s that good. Why?

Heart and Soul - Eric Vanderaerden
Allan Peiper claimed in issue 50 there was only one leader he would lay his life down for: Vanderaerden. Sean Kelly, on the other hand, couldn’t stand the guy. What makes a great team leader?