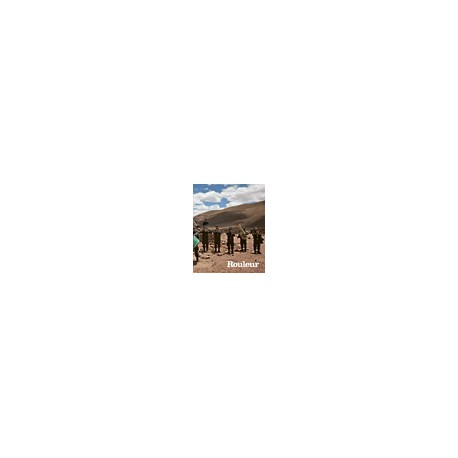 Issue 22 of Rouleur magazine has a truly international flavour as our contributors bring you cycling stories from around the globe.
Former road manager for The Clash, Johnny Green, drew the short straw and only got as far as Covent Garden, but he did get to hook up with Bradley Wiggins for a cosy natter in the pub about music, mods and occasionally cycling.
Herbie Sykes writes the latest instalment of a young Czech riders struggle to make the grade in Italy in part four of Jan Hirt, as well as the fascinating story of former Giro rider and bakers champion Mario Lanzafame.
Deputy Editor Ian Cleverly only got as far as a muddy hill in Flanders, but the Koppenbergcross and a glass or two of the local ale kept his spirits up as he talked to Ian Field about a winter of Belgian racing.
Matt Seaton, our man in New York, meets Fatty the Raccoon on a dark winters morning in Central Park and loses. Editor Guy Andrews travelled to Switzerland to find out what makes DT Swiss tick and turns the seemingly dry subject of spokes into a darned good read.
Four Danish artists produced four very different portraits on the art of time trialling to great effect, while top illustrator Richard Mitchelson has been locked away in his studio for months producing the gripping story of Marco Pantanis early years.
But top prize for intrepid cycling journalism in exotic locations goes to Mike Chick, with the story of the highest stage race in the world, the Vuelta a Bolivia.
Photography in this issue comes from Ben Ingham, Taz Darling, Marthein Smit, Jakob Kristian Sørensen and Mike Chick.