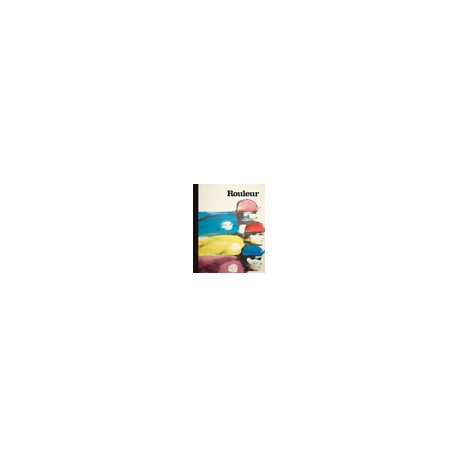 An overwhelmingly Euro edition of Rouleur begins with Herbie Sykes travels in Germany and a fascinating insight into racing behind the Iron Curtain in the pre-unification years. Peace race legend Täve Schur, a hugely popular sportsman in the GDR, remains the figure binding the testimonies of former racers in a communist state. Timm Kölln is the photographer.

Herbies travels unearthed a remarkable collection of poster art advertising the Peace Race, including the beautiful cover image. We reproduce 13 of the best inside.

Brian Holm is widely recognised as a snappy dresser and a good talker. Fellow Danes Morten Okbo and Jakob Sørensen get more than they bargained for in a Belgian road trip through Holms old haunts. Crazy tales, tigers, police chiefs and fast cars all feature in The Quick and the Dead.

Graeme Fife and Gerard Brown seek out Sean Yates, Jean-René Bernaudeau and Bernard Thévenet at the Critérium du Dauphiné and catch Bradley Wiggins on the way to victory.

Guy Andrews and Taz Darling travel to Northern Italy and the home of Elite. We get excited when we talk about bottles. People say a little too excited sometimes but thats our world! They also get quite excited about rollers

Krásná Lípa is a five-day womens stage race in the Czech Republic near both German and Polish borders. Ian Cleverly is team soigneur for the duration in between talking to the For Viored-Brookvex team. Food poisoning knocks photographer Gerard Brown and most of the squad for six.

Far away from the Czech Republic, Tom Southam and Ben Ingham bring us the final instalment from the Tour of Rwanda. Tom takes a closer look at the future of African cycling.