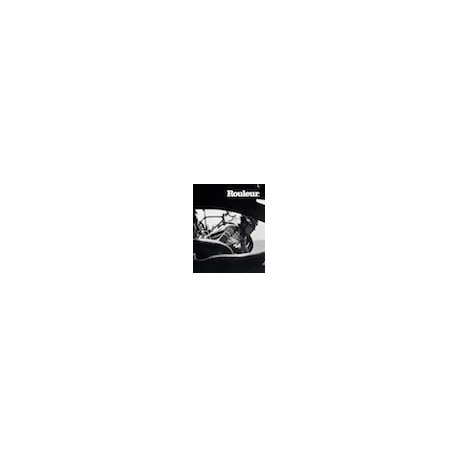 As we head into the Classics season, Rouleur tackles the most feared and revered sector of cobbles in the cycling world: the Arenberg. Roger Hammond and Michael Barry give us the rider perspective, accompanied by a fine selection of both historical and modern photos of Paris-Roubaix and its passage through the forest.

After decades of underfunding and injustice, is womens cycling finally receiving the recognition it deserves following the London Olympics? Absolutely not, argues Graeme Fife, in this powerful and damning indictment of sexism in cycle sport.

Im Yogi, arent I? British road champion Ian Stannard asks Ned Boulting regarding a nickname not of his own choosing. Can Team Skys big bear of a man do something special in the Classics this year? We rather think he might.

We accompanied United Healthcare at the Tour of Britain in Stoke with few expectations, and they promptly turned on the style for Taz Darlings camera. Marc de Maar won the stage and the whole team performed admirably for the whole race. Team manager Hendrik Redant tells us how the new European arm of the US team is coming together nicely.

If, like us, you have been pronouncing Italian component manufacturer Miche as Meesh all these years, sorry to say you are wrong: its Me-kay, as Rohan Dubash discovers at the factory in San Vendemiano, where deals with Tullio Campagnolo are made over a glass of prosecco. We like their style.

It is 1981 and the Eastern Bloc is rapidly disintegrating. Martial Law is declared in Poland. A Polish rider is in Italy about to join a professional team, but his family are back home in Warsaw. Does he, like thousands of his countrymen all over the world, seek asylum? Czeslaw Lang must make a very big decision. He must risk losing everything he has, or risk losing everything he dreams of having, writes Herbie Sykes in the true story of the man who now directs the Tour of Poland.

Last, but certainly not least, if you enjoyed Morten Okbo and Jakob Kristian Sørensens fabulous Belgian road trip with Brian Holm (issues 30 and 32) then the slightly unhinged duo are at it again. This time, fellow Dane Brian Nygaard drinks mediocre wine with our guys before getting out the good stuff. Fabulous writing and Mr Nygaard turns out to be a great host.