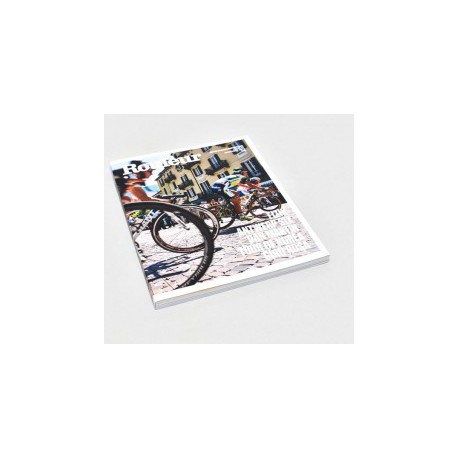 Dan Martin talks instinctive attacking, there's stunning photography by Gerry Cranham from the 1961 Antwerp Six-Day, we explore the beauty of the Giro Rosa and plenty more.


Sports photographer Gerry Cranham knew little about bike racing when he shot the Antwerp Six-Day in 1961: The first thing that hit me was the smell. The air was thick with a mixture of cigar smoke and chip fat oil. And mayonnaise. They ate a lot of that, chips with mayonnaise. Then there was the noise! Ive never heard anything like it. The results are astounding.

Tom Southam is considering retiring as the only directeur sportif in history with a 100 per cent win record, is the sign-off. The Tour of Korea promised to be an interesting story for photographer Daniel Sharp and temporary DS Southam. Then Toms young protégé Mike Cuming went and won the race for Rapha-Condor-JLT Southam stays cool under pressure, as always.

Fizik or fizi:k have taken a huge slice of the top-end saddle market in just 20 years. How did they do it? And where do they come from? Guy Andrews and Taz Darling track them down in Italy.

Amalio Hortelano is a fighter. The Spaniard who loaded up his Seat 600 in 1965 and headed for the European six-day circuit battles on despite recent testing circumstances that would sink a lesser man. Carlos Arribas and Timm Kölln visit a spirited character with great stories of life on the road.

To win, you have to risk losing, says Dan Martin. We like his style. Andy McGrath talks to the attacking Irishman with the English accent.

Also featuring one of the best races on the womens calendar, the Giro Rosa, and the next generation of great Yorkshire riders inspired by the 2014 Grand Départ in Leeds.