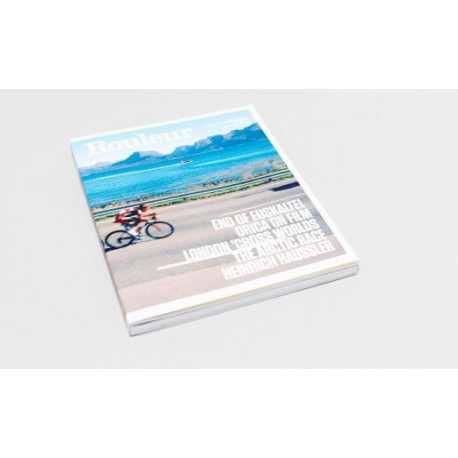 The Euskadi Cycling Foundation, launched in 1993 with the backing of Basque supporters and local companies, lit up the peloton with the attacking style of its climbers. Carlos Arribas and David Serrano chart the rise and fall of the orange-clad team and its fanatical followers as Euskatel-Euskadi say goodbye to professional cycling.

Holding a stage race north of the Arctic Circle may be considered globalisation gone mad. Andrew Curry and Timm Kölln head for the beautiful but sparsely populated Lofoten Islands in Norway to see what the locals make of it. Can ASO make the Arctic Race a fixture on the calendar?

Dan Jones is the man behind the camera for Orica-GreenEdges Backstage Pass videos. What started as interesting and amusing clips with the guys in the team went global with the launch of their superb goofing around version of Call Me Maybe, followed up by some serious air guitar wigging-out to AC/DC Tom Southam and Paolo Ciaberta turn the cameras on the Australian joker in the pack.