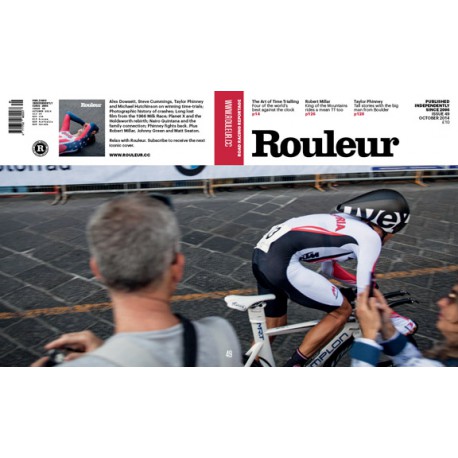 American star Taylor Phinneys season was wrecked by a crash, just as he was ready to rock the summer races. We get to know the boisterous man from Boulder as he fights back from adversity.

After 40 years of illuminating the Tour de France, race speaker Daniel Mangeas is bowing out. The voice of cycling reflects on his colourful career and shows Rouleur round his Brittany home.

Also featuring long lost film from the 1966 Milk Race, the Quintana family and other broods sacrificing everything for cycling success, Planet X and the Holdsworth rebirth, and Duncan Forbess photographic history of crashes.